A custom made Ketubah - Hand Painted and Prints Ketubah. 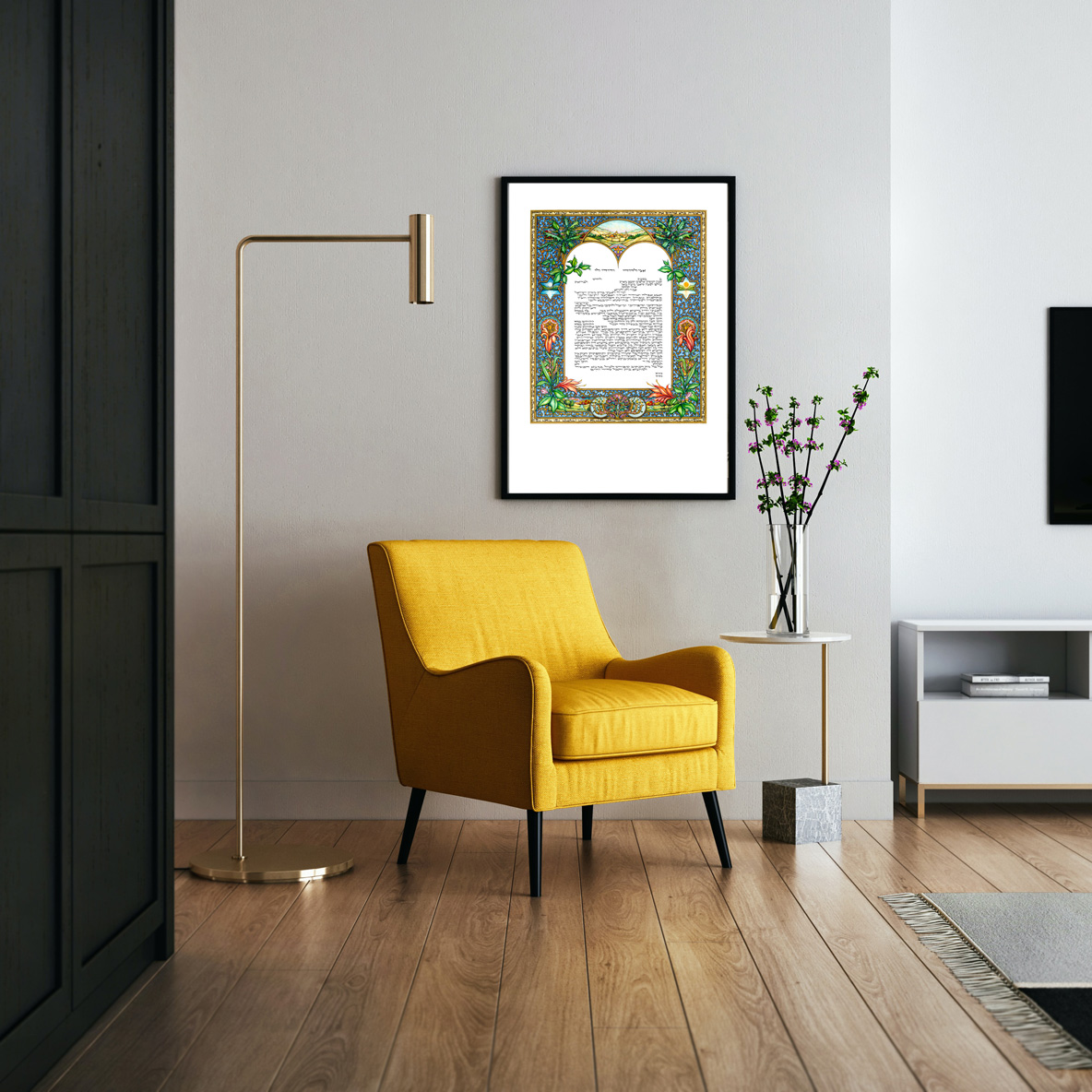 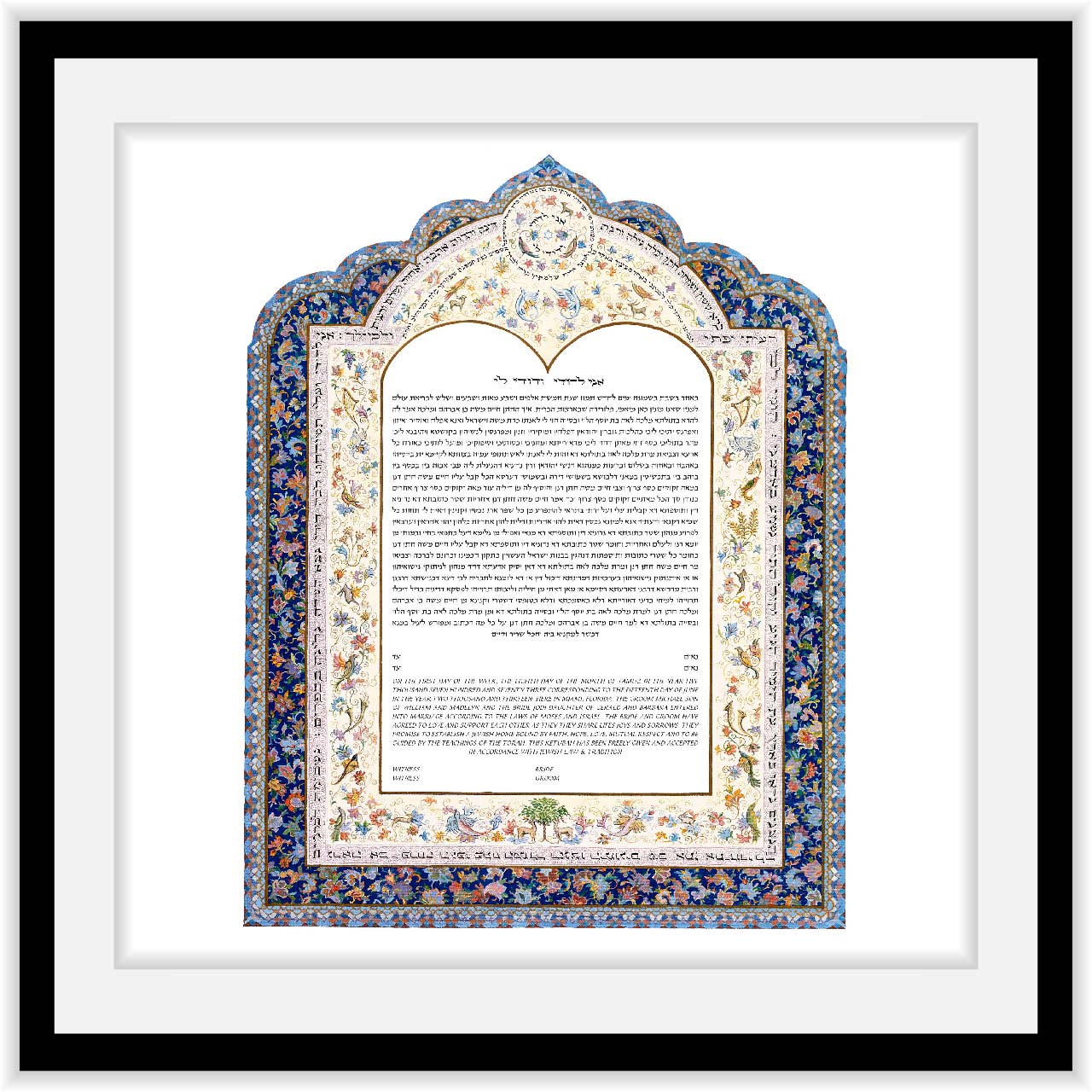 All ketubah are signed by the artist and produced on Somerset Velvet acid free archival paper.

The Art of the ketubah

The earliest surviving ketubah, was discovered in Egypt on papyrus dating from circa 440 B.C.E.  Ketubot (plural) are Jewish marriage contracts written in Aramaic that traditionally recorded the amount a groom paid to the father of his bride, noted the amount each family contributed to the dowry and named the wife as beneficiary in the case of her husband's death.

Elements of the ketubah can be traced back to Biblical times when an important aspect of marriage was the financial arrangement between two families.  Other elements were added over the centuries as our ancestors moved from an agrarian life to an urban environment, and new legal realities emerged.  The structure of dowries evolved to include complex loan and mortgage structures and contingencies to account for the dissolution of a marriage.  The ketubah served as a way of documenting and certifying these arrangements, and served as a legal record of a married man's obligations to his wife and of a married woman's rights in the event of divorce of the death of her spouse.  It was one of the earliest forms of what we know today as a civil prenuptial agreement.

The Ketubah is one of the few Judaic arts that have survived over two millennia, and it still plays a central role in the wedding ceremony as well as in the perpetuation of Jewish ceremonial art.
Today, the ketubah serves no legal purpose in countries other than Israel, but Jewish couples around the world continue to include the document as a part of the spiritual practice of marriage.  Many families commission beautiful and original artworks to serve as a ketubah, and display them in places of honor in their homes.

Fox's style spans the centuries and takes from many different cultural influences.  From the Persian blue illuminated manuscripts that he first saw while visiting Topkapi Palace in Istanbul, as well as the floral patterns of 18th century Italian illumination, to contemporary landscape works, depicting places held dear to the couples being wedded.  Fox is also known for the sometimes surreal aspects of his work. Growing up in Canada Fox was influenced by rich tradition of Canadian landscape and nature painting.  Whereas he used to work primarily in water colors on paper, Fox today creates original works in oil color on canvas for both the beauty of the medium and the sustainability of the works.

Please note that in modern times the ketubah text is continues to be written in Aramaic, which was the spoken language some two thousand years ago. Aramaic was used for documents of all sorts, while Hebrew was the holy language and restricted to use in religious writings and liturgy.

Howard Fox Artist offers unique Ketubah, a custom made Ketubah - Hand Painted and Prints Ketubah from Israel. Services to clients across the world. Browse through some of our Modern / Contemporary Ketubah Text templates.